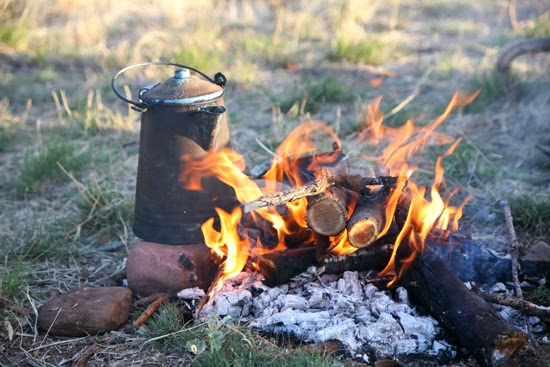 Ahh, coffee, how we love thee. Or rather how we should love thee. If you poke around on the internet, you’ll see people noting everything from coffee being a favorite beverage of supercentenarians (people who live over 100) or that coffee will turn your blood acidic, dehydrate you, damage your kidneys, and is a gateway drug to harder beverages. Alright, I made that last one up but let’s take a look at some of the evidence for what we can genuinely say coffee can and cannot do and correct a few folks, shall we?

Let’s start with the big one here, or at least the zeitgeist-y concern amongst clients over the years. Not unlike how people burp up the “21 day” answer to the question of “How long does it take to form a habit?“, people will burp up the “dehydration” concern when it comes to coffee. From the perspective of someone who has been in the fitness industry for over 15 years, I find the concern amongst clients toward dehydration funny because they ALWAYS have a water bottle. If anything, I’d suggest that many of our clients are OVER hydrated (it is such a thing; another post for another day).

Regardless, there’s a grain of truth in the concern, that is because caffeine IS a diuretic agent. However, when you drink coffee, you’re drinking very little caffeine. In fact, you’re drinking very little coffee in your cup of coffee. A “good” cup of coffee, as measured by how much coffee is extracted from the ground beans and suspended in hot water, is 1.15 -1.35% dissolved solids. Meaning that over 98% of your coffee in the morning is water.

The research is clear on this as well. Recently, British researchers demonstrated that moderate coffee consumption, in this case 3 to 6 cups per day, did not alter total body water status nor did it demonstrate an increase in water excretion by urine measure. Now, the only guy I know drinking the upper limit of that number is Keith, so the 1 – 2 cup per day clients have nothing to be concerned about when it comes to coffee dehydrating them.

What about those with kidney issues. I’m no doctor, but I can tell you that people often make the mistake of confusing the consumption of a food or beverage that’s problematic for a person with a certain disease or health problem as causing the problem in health individuals. This is where we get the “coffee is hard on the kidneys” argument.

You know who is a doctor though? Leslie Spry at the National Kidney Foundation. What does he say? To quote: “Overall, there is no reason to restrict moderate consumption of caffeine-containing beverages (for individuals with chronic kidney disease).” So if you have kidney disease and you enjoy coffee, keep it to a couple cups a day after checking with your doctor. Otherwise healthy folks? You need not worry.

As noted, coffee has health benefits far beyond just perking you up in the morning. Specifically, coffee is a bit of a “superfood” (note: I hate that word) in that it provides the highest amount of antioxidants in the Western diet. Way ahead of fruits and vegetables in the study I cited. As noted above, there is very little “coffee” in your coffee but what you’re getting is a relatively large amount of a variety of compounds that contribute to antioxidant status.  The short version of why this is important is that, owing to a small amount of free radicals produced by our on metabolic processes, antioxidants scavenge or chemically eradicate these radicals before they can damage things like DNA and our cell membranes. Antioxidants are often the excuse for excessive wine consumptions (another post for another day).

From a recent study in the New England Journal of Medicine, researchers found that those who drank the most coffee had the lowest risk of death from all causes. The sweet spot seems to be 4-5 cups per day, as shown below:

Important to note is that a “cup” of coffee is actually 6 ounces and since this study was performed via questionnaire and survey followup for medical conditions over the 13 year follow period, it’s highly likely that each person was drinking slightly more coffee than they reported…all the better. Remember, this study was observational and cannot prove the coffee resulted in the reduced risk reduction. However, it also shows that if coffee is killing you it’s doing a very bad job of it.

So why might people say that coffee is the responsible for health problems or at the very least just a cheap thrill? I would suggest that it’s what a person puts in the coffee and how it is prepared that makes up the difference. If you’re drinking 4 to 5 cups of black coffee each day, that’s a very different animal than if you’re drinking 4 to 5 grande lattes from Starbucks every day. We’re talking 800+ extra calories per day in liquid form, which provides zero satiation. If my informal observation is correct, it’s not the coffee that’s to blame, but all the damn milk and sugar people load their drinks up with to enjoy the stuff. So my first suggestion is that, if you only like coffee when filled with dairy and sugar, maybe you should switch to tea. That’s great for you as well, assuming you don’t fill that with cream and sugar.

But if you like black coffee, how should you prepare it to get the most out of it? Based on the data, all of the good stuff is in the oily compounds that can only be kept if you prepare unfiltered coffee, including press, espresso, cowboy, and Turkish coffee.

So let sum it up for you, if you like drinking coffee, here’s my suggestion: drink enough and drink it black, and you may very well be drinking it for a long lifetime!

Skyler Tanner is an Efficient Exercise Master Trainer and holds his MS in Exercise Science.  He enjoys teaching others about the power of proper exercise and how it positively affects functional mobility and the biomarkers of aging.